It appeared in the twenties of the last century, when students with complete visual impairment practiced football inside schools for the blind, using some plastic or metal tools that make sounds when moving, trying to imitate the sighted players in playing the most popular game in the world, and this game continued to be played randomly until The borders were in 1987, when the first soccer ball containing bells was made in Toulouse, France, and was used by blind students in France.

During the year 1996, the International Federation of Blind Sports decided to include blind soccer to the list of sports it supervises, as the first copy of the international rules governing this sport was drawn up and as some volunteer football referees were formed, and the first international tournament was organized in 1997 in Spain.

Since then, the International Federation of Blind Sports has continued to spread this sport and expand the base of its practitioners in a group of countries of the world, it has also been organizing continental championships every two years and the World Championship every 4 years, in addition to organizing football competitions during the Summer Paralympic Games every four years after its adoption for the first time in 2004.

Blind football is spread in Asia in more than 15 countries, of which 8 teams participated in the last Asian Championship in Thailand in 2019.

The Omani Paralympic Committee launched football for the blind in the Sultanate of Oman in 2017, which is the first country in the West Asia region to play the game. This was done within the framework of an exclusive support agreement between the Omani Paralympic Committee and the Enhance Oman Company under the supervision of the Ministry of Sports Affairs. The initiative was funded through the corporate social responsibility program in the name of Mashkour.

The first phase focused on introducing the game and expanding the base of its blind practitioners by providing daily training sessions for students of Omar bin Al-Khattab Institute for the Blind, Sultan Qaboos University and members of the Al-Noor Association for the Blind, then holding intensive training courses during academic holidays in which about 24 blind athletes from different governorates participated.
The second phase was the selection of the best players and then the formation of the Omani national team and its participation in a joint training camp with the Moroccan football team for the blind for a week in the Kingdom of Morocco, in addition to the participation of 6 Omani youth graduates of the College of Physical Education at Sultan Qaboos University in a special training course for football for the blind in the Moroccan Kingdom.
The third phase continued to spread the game by organizing the Oman Open Football Championship for the Blind, where 3 teams and about 36 blind players participated and by holding exhibition matches, giving some lectures, and holding events for the benefit of the blind in Dhofar Governorate, in addition to continuing the training for the national team that participated in the 2019 Asian Football Championship for the Blind in the Kingdom of Thailand. During the epidemic period, the coaching staff continues to supervise the training of players remotely and track their physical readiness.

The Omani Paralympic Committee invites all blind and visually impaired people in the Sultanate as well as blind sports fans to join this wonderful experience and participate in the activities it organizes.

For communication and inquiries:

Adnan Mubarak Al-Oweidi: Member of the Omani Paralympic Committee and director of the program: 0096899459016 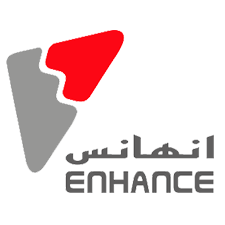